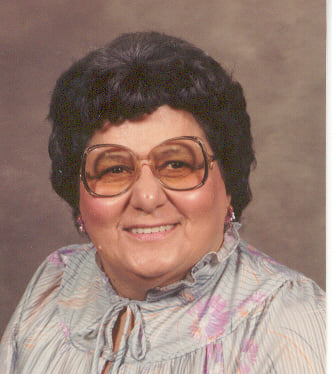 Following the Mass at the Church

Following the Mass at the Church

Delores G. Adkins, 73, of Echo Valley Road, Wellsville, Ohio, died on June 1, 2004 at the Medical Center in Beaver, Pennsylvania, after a brief illness. She was born in Newell, West Virginia on June 16, 1930 to the late Dominick & Josephine Pranno LaNeve.

Mrs Adkins lived her entire life in this area, working at Homer Laughlin China as a Time Keeper, last working in November 2003. She was a 1948 graduate of Wells High School, a member of IBPAW and a member of the St. Aloysius Community Parrish in East Liverpool, Ohio.

Beside her husband and parents, she is preceded in death by a brother: James LaNeve and three sisters: Mary Yanni, Antoinette Peluso and Frances Manypenny.

A Mass of Christian Burial will be celebrated at St. Aloysius Community Parrish on Friday, June 4, 2004 at 11:00 AM with Rev. Father Bernard Gaeta as Celebrant.