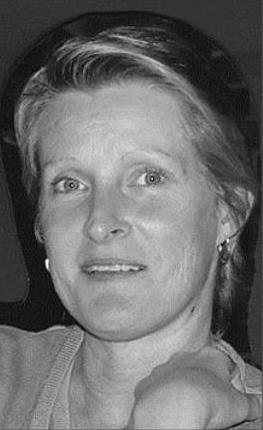 Debra Gordon, 53, passed away on December 7, 2013. She was born in Lubbock, Texas to Ret. Lt. Col. Dr. James Hanks on January 18, 1960. Debbie graduated from Kecoughtan High School in 1978. She married Gary Gordon on June 25, 1982. She served Carver Elementary School in many capacities for nearly 20 years.
In addition to her parents, she is survived by her husband and two daughters, Nikki Jason Ross and Kelsey Gordon and fiancé Brian Seals and a granddaughter, Julianna Ross. She is also survived by two brothers, Jim Hanks and Barry Hanks, a sister, Kim Easter and several nieces and nephews. The family will receive visitors at Riverside-Altmeyer Funeral Home on Wednesday, December 11 from 5pm – 7pm. Funeral Services will be held on Thursday, December 12 at 11am at Riverside-Altmeyer Funeral Home followed by a burial at Parklawn Memorial Park.

Debbie left a mark on all of our hearts. My two favorite memories are when she gave me $20 to play for her while I was in Vegas. I brought her back $23 and she asked me why. I said I won you some money. She looked at me like – really you brought money back from Vegas. The other memory is that I am a huge Wizard of Oz fan and she had this dishcloth that is currenly in my office and it says “I’d like to help but I’ve misplaced my wand.” Thinking of the family during this hearbreaking loss!