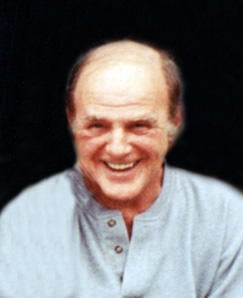 BURTRAND, David Allen Sr., 66, of Wheeling, WV, died Saturday, July 11, 2009 at Wheeling Hospital.
David was born March 3, 1943 in Wheeling, son of the late James Lawrence and Mary Ellen Vanek Burtrand. David was a retired plumber and a member of Local 83. He was also a member of the Cave Club.
In addition to his parents, he was preceded in death by his two brothers, Robert “Bib” Burtrand and James “Jim” Burtrand.
He is survived by his wife Shirley M. Burtrand; his daughter, Cherly L. Mark Allen of Wheeling; his son, David A. Burtrand Jr. and significant other Jeannie L. Crinkey of Wheeling; three brothers, Vernon Lee Burtrand of Jackson, OH, Jack Sue Burtrand of Wheeling, and Larry Diane Burtrand of Wheeling; one sister, Lois Dick Strickland of Wheeling; one granddaughter, Skye L. Crinkey of West Alexander, PA; one great grandson, Braydon Robert Harris of West Alexander, PA; several nieces and nephews; and a special friend, Charlotte Reimer.
Friends and family will be received at McCoy- Altmeyer Funeral Home, 44, 15th Street, Wheeling on Wednesday, July 15, 2009, from 4-8pm where funeral services will be held Thursday, July 16, 2009 at 10:00am. Entombment will follow at Halcyon Hills cemetery.
Online condolences may be offered to the family at altmeyer.com

betty and i are saddend by daves death. we saw dave last fall aug at down on main street when a alott of the north wheeling gang got together. we talked to dave for several minutes. just to let you know dave helped me git my first job at coca cola,he helped my parents move from north weeeling to elm terrace, even going so far as borrowing the coca cola stake truck to help us. over the years we would run into each other,dave always had that smile on his face. we would talk for a few minutes until the nextime we would see each other again. dave will always be in our harts and prayers. we will have fond memories of until hopefully we all meet in heaven. god bless you friend raymond @betty naegele

I live across the street and I just wanted to let you know that my thoughts and prayers are with all of you. I have been in your place.