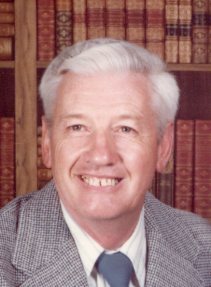 Living his entire life in this area, he was a graduate of East Liverpool High School and had worked for more than 20 years at the former Crucible Steel in office support, transport and delivery prior to his retirement in 1972. He was a former member of St. John Evangelical Lutheran Church, Rogers Assembly of God and the Calvary United Methodist Church in East Liverpool. Mr. Matthews served with the US Army during World War II.

He is also preceded in death by three brothers: Clyde, Robert and Jerry Matthews and one sister: Ethel Gloecker.

Services will be held at the Calcutta Chapel of the Martin MacLean Altmeyer Funeral Homes on Saturday, October 29, 2011 at 3:00 PM with Pastor Larry Rose of the Northside Community Church officiating.

Burial will be held in Spring Grove Cemetery at the convenience of the family.

The family will be present to receive friends at the funeral home in Calcutta on Saturday, one hour prior to the service.

I was so sorry to hear of the loss you have experienced, but I’m thankful that your father knows the Lord and that it is only a temporary parting. It is a blessing to know you’ll see him again in Glory and get to chat all over again! Blessings, Janette Ryan

Our prauers and thoughts are with you. Alice and Gene

Our thoughts are with you during this difficult time. Rob, Janice and children

Sorry that I am not able to see you but wanted you to know how sorry I was to read of the passing of your Dad..he and your mother were part of my memories of Midway Lane..I happened to see your dad awhile back and we had a nice conversation..he still looked as I remembered and was surprised that he recognized me…my deepest synpathies to your families…Betsy Crable Miller