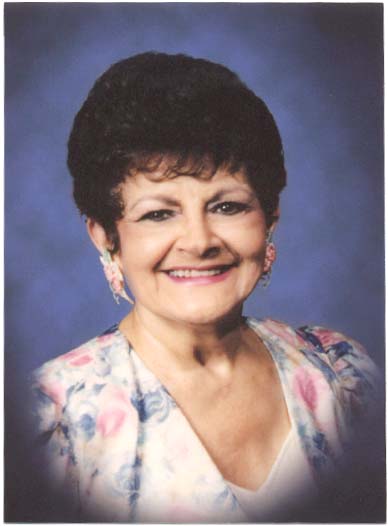 SINILA, Clara Ann Rohanna 75, of Wheeling, died Sunday November 3, 2002 in Wheeling Hospital. Clara was born May 24, 1927 in Wheeling, the daughter of the late Camillus and Selma Shia Rohanna. She was a 1945 graduate of Wheeling High School, a former employee of the Wheeling-Pittsburgh Steel Main office, Wheeling, member of Our Lady of Lebanon Catholic Church, Wheeling, a member of the Lady Society of Our Lady of Lebanon, a member of the Woman’s Club of Wheelng where she served on the fund raising committee. Her devotion to the infant of Prague was manifested through the designing and hand sewn clothing and many alter dressings for Our Lady of Lebanon Catholic Church. A brother, Louis Rohanna, and a sister, Yvonne Truelove, also preceded her in death. Surviving are a daughter, Edwina Sinila Condatore and her husband Mike of Annaplois, MD; a son, John M. Sinila of Lake Park, Fl; a sister, Mary Seabright Lish and her husband Frank of St. Clairsville; four grandchildren, Brittney Chamberlain of Annapolis, MD; Brandon Condatore of Annapolis; Taylor Condatore of Annapolis; Christopher Chamberlain of Hobart, IN; a great grandchild, William Brennen, several nieces and nephews, Lou Seabright, Michael Seabright and his wife Cindy, Kim Seabright and his wife Jan, Jody Seabright, Lois Truelove, Mark Truelove and his wife Sue, Karrie Truelove Moss and her husbnad Greg; several great nieces and nephews and many friends including the members of the Breadfast Club. Friends will be received 2-8 pm Wednesday at the Altmeyer Funeral Home, 1400 Eoff St., Wheeling. Vigil services will be held at 7:30 pm Wednesday. Funeral liturgy with mass will be celebrated 11:00 am Thursday, November 7, 2002 at Our Lady of Lebanon Catholic Church with Rev. Bakhos Chidiac as celebrant.