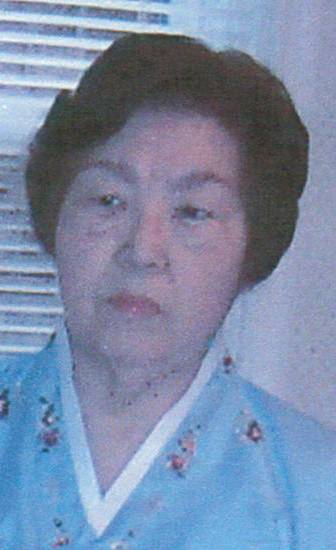 Chong Suk Smith, 73, passed away peacefully Monday, December 26, 2011. Born in Korea April 8, 1938, she moved to the United States March 1969.
She became a United States citizen in April 2000, was a member of the Korean Presbyterian Church and of the Korean Woman’s Club.
Survivors include her husband of 43 years, Edward, along with several nieces and nephews.
The family will receive friends from 6-8 pm Thursday, December 29, 2011 at Altmeyer Funeral Home – Denbigh Chapel. A graveside service will be held 1:30 pm Friday, December 30, 2011 in Peninsula Memorial Park.

Our hearts go out to you in your time of sorrow.

Uncle Ed~ Our deepest condolences. You are in our thoughts and prayers.