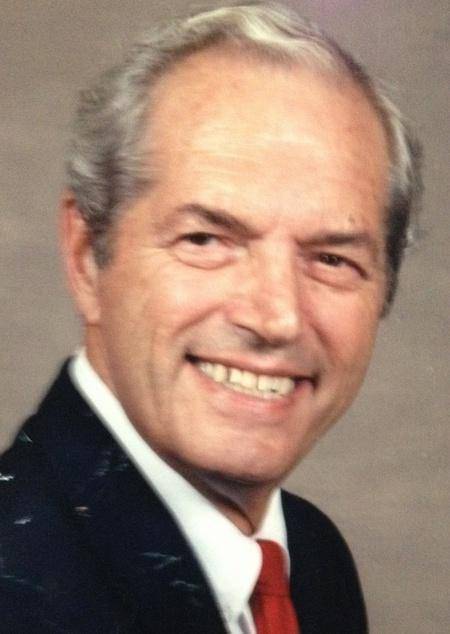 Charles S. Verget
VIRGINIA BEACH – Charles S. Verget, 92, passed away on August 4, 2012.
He was born March 1, 1920, in Gaeta, Italy, to the late Frank and Teresa Verghetti. He was preceded in death by his two sisters, Anne Spagnolia and Annette DeCeasar. He is survived by his brothers Joseph Duncan and Don Verget, and sister, Angela Frank. Charles was preceded in death by his first wife of 48 years, Martha Grace Verget. He is survived by four children, Joyce Grimes Ken, Karen Shinn Steve, Pam Jewett Bud, and Charles R. Verget Susan. He had seven grandchildren Chris, Jeff, and Steve Snowden, Kenny Grimes, Mark Shinn, Christine Jewett Louloudis, Amanda Jewett and several great grandchildren. Charles was also preceded in death by his second wife of 20 years, Audrey Stratton Verget.
Charles served in the U.S. Navy and retired after 20 years at the rank of Chief Petty Officer and was a WWII veteran. He graduated from the College of William and Mary with a degree in Electrical Engineering in 1960. His career led him to technical work at NASA and to instrumentation sales as a field engineer. He loved woodworking, building furniture, dancing, gardening and the challenge of anything he could fix.
Charles was a member of Providence Presbyterian Church where he was an ordained Elder. He was integral in the planning and implementation of the original church building and was a founding member of the church.
A visitation will be held 6-8 p.m., Tues, August 7, at the Altmeyer Funeral Home, located at 5792 Greenwich Road, Virginia Beach. A memorial service will be held on Wed, August 8 at 11a.m. at Providence Presbyterian Church, 5497 Providence Road, Virginia Beach, followed by a graveside service at Woodlawn Cemetery, 6329 East Virginia Beach Blvd. Relatives and friends are welcome at all services, and to join the family for a reception at Providence Presbyterian Church following the graveside service. Condolences can be made at www.almeyer.com.
In lieu of flowers, donations may be made to the American Cancer Society.
American Cancer Society
P.O. Box 22718
Oklahoma City, OK 73123-1718

Charlie was a fine man. The things he did to help me will never be forgotten. May the good Lord be with his family during these sad times.

I had the great privilege of having Charles as my stepfather for 22 years. He was a great craftsman, gardener, dancer, and story teller. Charles will be missed by many. My thoughts and prayers go out to his family.

My deepest sympathies for your loss. You and your family are in my thoughts and prayers.

I am sorry for your loss. I know he will be missed. Kevin

My thoughts and prayers are with the family during this difficult time. I knew Audrey’s family but unfortunately, I never got to meet Charles family. God bless each one of you. Respectfully, Joyce Mosher

We will miss Papa Charles deeply and cherish the many fond memories of our years together. He was a wonderful grandfather and great-grandfather.