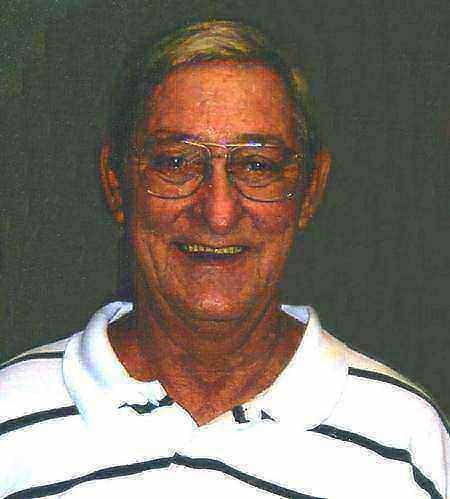 ROBINSON, Charles J. Sr., 64, of Stone & Shannon Road, Wheeling, formerly of Triadelphia, died Monday, October 2, 2006 at home.
Charles was born July 2, 1942 in Wheeling, a son of the late Charles D. and Rose Montalbano Robinson. He was retired from Consolidated Coal Co.-Ireland Mine; a member of St. Vincent de Paul Catholic Church, Elm Grove; past president of the Triadelphia Volunteer Fire Dept.; and was a US Navy Veteran.
In addition to his parents, he was preceded in death by a sister, Evelyn Robinson Grover.
Charles is survived by his wife of 42 years, Joyce A. Hunley Robinson; three children, Deborah Panza and her husband, John of Durham, N.C., Charles Robinson and his wife, Beverly of St. Clairsville, Ohio, and John Robinson and his wife Glenda of Wheeling; three brothers, Daniel Robinson and his wife, Shiela of Middle Creek, W.Va., August Robinson and his wife, Kathy of New Springfield, Ohio, and Kenny Woolard and his wife, Betty of Newton Falls, Ohio; and seven grandchildren, Justin and Jenna Panza, Miranda and Tyler Robinson, and Alyssa, Alexa and Olivia Robinson.
Friends will be received from 2-4 and 7-9 pm Thursday at Altmeyer Funeral Home, Elm Grove Chapel, 154 Kruger Street, Wheeling, where a vigil service will be held 3:30 pm Thursday afternoon.
Mass of Christian Burial will be celebrated at 12 Noon, Friday, October 6, 2006 at Corpus Christi Catholic Church, with the Rev. Eugene Ostrowski as celebrant. Interment will be in Parkview Memorial Gardens, Wheeling.
The family suggests that memorial contributions be made to the American Cancer Society.

Our hearts are heavy with the loss of Chuckie. We will miss him as he was a great soul and always made us feel so comfortable.

As always you and the family will be in our thoughts, heart and prayers.

May God grant you all peace and strength,

Dear Mrs. Robinson and family, We are very sorry to hear of the passing of Charlie. He was a great guy and I enjoyed working with him on the river docks. Our prayers are with all of you at this time.

Our thoughts and prayers are with you .

We are so sorry to hear of Chuckie’s passing-he will be greatly missed.

Our thoughts and prayers are with you all.

We were so sorry to hear of your loss Chuck’s unwavering smile and laughter is something we will always remember. His strength in the battle he faced is something to draw upon, and his love for family and friends is a true testimony to the man we’ll remember. our thoughts and prayers are with you. Love Bud, Lisa and Buddy Evans