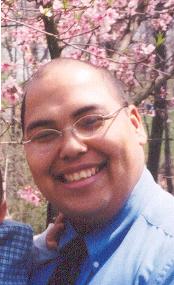 Brian Joseph Strother, 24, of East Liverpool, Ohio went home to be with the Lord Jesus Christ after a sudden illness on December 23, 2003.

Brian was born on April 21, 1979 in New Milford, Connecticut and was married to Krista Shasteen of East Liverpool on March 19, 2002. Brian is survived at home by his wife, Krista and his beloved and cherished 15 month old son, Aidyn Strother. He also leaves behind family including Larry & Kathy Olmstead Shasteen of East Liverpool; his parents, Jerome and Marie Slocum Strother of Dover Pains, New York; two brothers, Jerome Strother Jr. and Jay Strother, both of Dover Plains, New York and a sister Jamie Strother and many nieces and nephews.

Brian worked as a ware dresser at the Homer Laughlin China Company for 2 years, last working November 15, 2003. He was a graduate of Dover Plain High School. He was a devoted Christian and a member to Hope Christian Fellowship.

Services will be held at the Martin MacLean Altmeyer Funeral Home in Calcutta on Monday, December 29, 2003 at 11:00 AM with Pastors Mike Ross and Jim Bean of the church, officiating.

Memorial contributions may be made to the family.

Brian, Your brother Justin and I miss you. We miss your laugh the most. You are always in my heart and,now your in the Lords arms,Bless you my Son. Love Mom!

My deepest sympathy goes out to you.