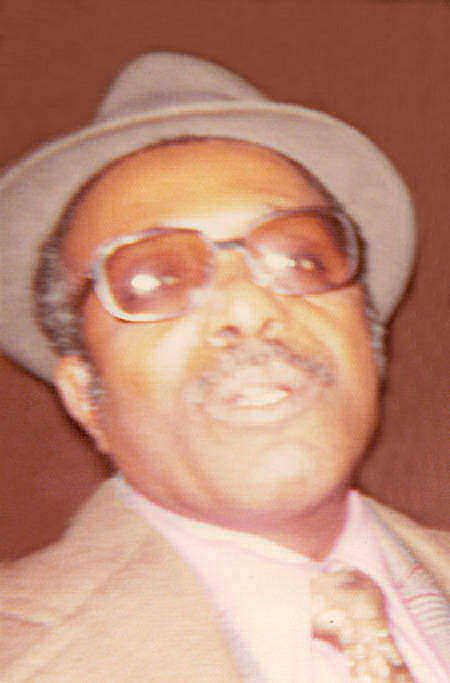 He was born December 23, 1923, the son of the late George Speights and Mary Harvey Speights. A Baptist by faith,

Bobie was a retired meat cutter at Jacobs and Sons in Martins Ferry.

In addition to his parents Bobie was preceded in death by his wife Margaret Jackson Williams, 2 brothers Nathaniel Speights and Tom Williams and 3 sisters Minerva Barnes, Martha Stamps, and Marie Boston.

Bobie is also survived by his extended family, Sharon Jeffreys of Bellaire, Peggy Lambert, Bobbie Kay Jeffreys, and Rob Jeffreys, all of Columbus, Damon Jeffreys of Toledo, and LaTanya Jeffreys of Cincinnati, Curtis Galloway, Taylor Jeffreys, and Natasha Lambert He also leaves behind a host of nieces and nephews including a special niece Mamie Davis of Chicago and Fanny Snyder.

Family and friends will be received Friday June 21, 2013, 11:00 til time of service at 1:00 at the Bauknecht-Altmeyer Funeral Home and Crematory 441 37th St. Bellaire, Ohio with Bishop Michael Tolliver of The New Beginning Church, Bellaire, Ohio.

Condolences may be left at altmeyer.com.

I loved my Uncle Bobbie he was dear to me and my brothers and sisters. He was my Dads brother which I know my dad loved him too. Upon my visit with him on June 1 2013. He let us know after we prayed for him that he loved Jesus and that was a joy to my brother Ricky and sister Jan to know. I thank God that we had a chance to visit him before he went home to be with the Lord. Kathy his niece of Columbus Ohio.

Ms. Happy, Pam & Heidie: God blessed our family with Uncle Bob for nearly 90 years,though we all miss him we are thankful. We share your grief in this time of bereavement with deepest sympathy and condolence.

My condolences to my family, Uncle Bob was a joy to my heart. He always know the right thing to say. Even though he’s not with us here on earth. He surely did leave his imprinted in our heart. My family lost a great man. The last brother of my father’s family. Uncle Bob will surely be missed by all of us. sending my love. Brigette Palmer and family

My prayers and love goes out to my sisters, Pam & Heidie in their time of sorrow. Weeping may endure for a night but joy cometh in the morning.

My prayers are with my sisters, Heidiee and Pam and to the extended family. Weeping may endure for a night, but joy comes in the morning light

To the entire Jeffreys/Williams family,

We wish to extend out deepest sympathy to each of you. Our most sincere prayers and thoughts are with you. May God give you courage and strength to face the difficult days ahead.