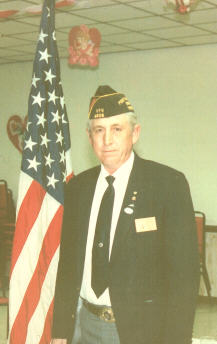 Born in New Castle, Pennsylvania, he was the son of the late Viola Eckley. He was retired from the U.S. Navy and served during Vietnam. He also retired from Norshipco as a rigger and as a gunsmith with Bob’s Gun Shop.

Mr. Eckley was a member of the George W. Wright Masonic Lodge #346, was a 33rd degree Scottish Rite, the V.F.W. #4809 where he was a past post and district commander. He was also a past seamsquirrel M.O.C. and past 4th supreme district council member in the M.O.C.

He is survived by his wife of 47 years, Eleanor Sue Eckley; six children, Richard Eckley of Norfolk, Cheryl Stevenson of Virginia Beach, Pam Case of Norfolk, David Eckley of Virginia Beach, Princess Hepner of Chesapeake and Thomas Eckley of Norfolk; five sisters and one brother, Lois Gieremanski, Florence Augustin, Twilla Janiel and Charlotte Johns, all of New Castle, Pennsylvania and Charles Eckley of Youngstown, Ohio and Effie Cortez of Davis, Florida; twelve grandchildren and one great-grandson.

A funeral service will be held in Altmeyer Funeral Home, Virginia Beach Chapel, on Saturday, January 26, 2002 at 12:00pm. Burial with full military honors will follow at Woodlawn Memorial Gardens.

To post condolences to the family go to altmeyer.com

Well be now you have seen mom. We did the best we could to make her happy. But now you will make her the happiest. Please watch over us things are too challenging right now. We love you and miss you terribly.

I am my father’s son.

I am so sorry to hear of your loss. I went to school with Richard and Cheryl, but have not been in touch with them since graduation 1974. I hope they are doing well. My prayers are with your family in your time of sorrow.

I love you grandpa and i will miss you.

I Love you Papa

I will remember the fishing trips the most.

I need you so much now more than ever. I will love you forever and a day

Our thoughts and Prayers are with you at your time of sorrow.

Papa I miss you and love you!

Grandma, your the best! I love You!

You and your family are in our heart and prayers. We will always have fond memories of times in the past spent with you and Pete, some funnier than others.

PLEASE ACCEPT OUR DEEPEST SYMPATHY IN YOUR TIME OF SORROW.

To My Brother in the Lord, “Pete” Eckley…May you rest in God’s Peace and with His Son Jesus Christ…I’ll see you soon. To Mr. Eckley’s family-May you know the God that Pete knows more than us all and know that in God’s prescence there is fullness of joy. I know that when we watch the football playoffs and watch Pittsburgh, we will remember Pete Eckley. Thank you for the opportunity to visit with you, may God richly bless you, keep you, make His face to shine on you and give you peace.

Terry and Ethna O'Haver and Family

We are extremely sorry to hear about Pete.

We will never forget him. We think of him frequently especially with Mary. He was so good to Mary.

He is in our prayers as are you Sue.

We love you Daddy,Papa. We miss terribly. We are so happy to have an angel all our own.

With love and sympathy and deepest condolences. We’ll miss you Papa.

You have our deepest sympathy. Sorry that we were not able to make it.