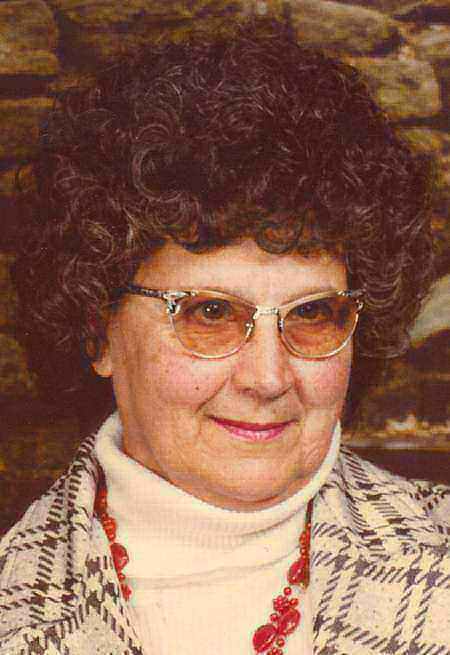 B. Pauline Lawrence, 88, of State Route 213, Hammondsville, OH died at the Nentwick Convalescent Center on Monday, January 29, 2007 following a lengthy illness. She was born in the Haiti area of Salineville, OH on April 16, 1918, a daughter of the late George N. and Irene Elizabeth Garren Thomas.

Living her entire life in this area, she was very active with her friends & neighbors, taking them to the doctors, shopping, etc. She was a member of the River Christian Fellowship.

Besides her parents and husband, a son: John T. Lawrence; four brothers: William, George, Robert and Ronald Thomas as well as a sister: Myrtle Criss preceded her in death.

Services will be held at the Wellsville Chapel of the Martin MacLean Altmeyer Funeral Homes on Thursday, February 1, 2007 at 1:30 PM.

The family will be present to receive friends at the funeral home in Wellsville on Thursday, February 1, 2007 two hour prior to the service.

Sorry to hear the loss of your mother Pauline. Due to our work schedules we were unable to make it in to pay our respects.

Our thoughts & prayers are with you.

SORRY TO HEAR ABOUT PAULINE

YOUR IN MY THOUGHTS AND PRAYERS

SORRY TO HEAR OF THE LOSS OF YOUR MOTHER AND GRANDMOTHER. I DON’T GET OUT OF THE HOUSE OFTEN DUE TO MIKE’S STROKE. WERE THINKING OF YOU, SORRY I WAS UNABLE TO MAKE IT TO THE FUNERAL HOME.