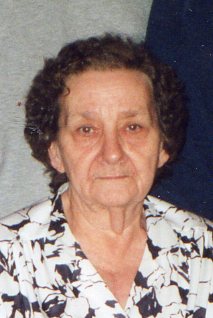 Following the services at the funeral home

Following the services at the funeral home

Born in New Cumberland, W.Va. on October 16, 1929, Mrs. Dietz was the daughter of the late Jesse and Dora Fink Colgrove and lived most of her life in this area. A graduate of East Liverpool, Beulah was a local seamstress and craft maker for the past 45 years. Since her retirement, she has supported the Bear Ministry of St. Matthews Methodist Church by making handcrafted outfits for the stuffed bears.

In addition to her parents and husband, she was preceded in death by two brothers, Lee and Melvin Colgrove and one sister, Clara Colgrove.

Services will be held at the Calcutta Chapel of the Martin MacLean Altmeyer Funeral Homes on Saturday, August 15, 2009 at 12:00 Noon with Evangelist Will Montgomery of the St. Clair Ave. Church of Christ officiating. Burial will follow in the Columbiana County Memorial Park.

Friends will be received at the Calcutta Chapel from 10:00 AM until time of services at 12:00 PM on Saturday.

Family and friends will gather for food and fellowship at the Martin MacLean Altmeyer Hospitality Center at 5th and Jackson Street in East Liverpool immediately following services.

Memorial contributions may be made to either the Bear Ministries of St. Matthews Methodist Church or the Southern Hospice Care.

Please accept my deepest sympathy at the passing of your mother. May God grant you strength during this most difficult time.

Words can not express the love I have for you and your family, Mom will be deeply missed, we have many wonderful memories to rembember her with until we see her again in Heaven! My heartfelt thoughts are with you at this difficult time. All my love T.

Please accept my deepest sympathies on the passing of your mother. My mother passed away at the same age four years ago. Know that your mother is at peace and will continue to watch over you from Heaven. She will remain forever in your hearts and souls.

Dear Polly and the Dietz Family:

Please accept my deepest sympathy on the passing of your Mother. She is out of pain now and at peace. I am sure that she will always be in your heart. You are in my prayers

Dora, I’m so sorry for your loss. My thoughts and prayers are with you at this very hard time.

Love you Grandma you will be missed.

My deepest sympathy and much love. Rest in Peace Aunt Beulah

Aloha, it’s me, Billy Shawl. I just wanted to give you my condolences on the passing of your Grandmother. My father just passed away this year on March 14. Give me an email sometime.. shawl_1@msn.com

She left a great legacy through her daughter Polly, who I work with. Polly is a wonderful person and an inspiration to everyone around her, and I am sure that much of that is because she had a caring, loving Mother like Beulah.