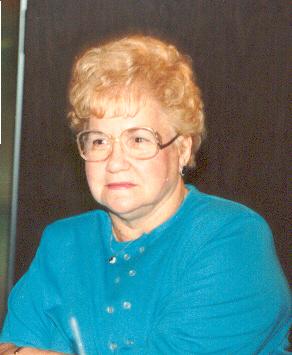 Besides her parents and husband, she was preceded in death, by two sisters and two brothers.

Services will be held at the Calcutta Chapel of the Martin MacLean Altmeyer Funeral Homes on Friday, May 21, 2004 at 11:00 AM with
Mr. Alan Boone, officiating.

Family and friends will gather at the Martin MacLean Altmeyer East Liverpool Chapel and Hospitality Center for food and fellowship after the service on Friday.

Just wanted to send you my condolences. I am thinking of you during this time of loss. Just remember the terrible sense of loss will be gradually replaced with many fond memories and you will begin to think of her and smile with pleasure at all the good things she’s done for you and all the good times you’ve shared with her.

I WISH YOU WELL, I DOUBT THAT MIKE AND NANCY REMEMBER WHO I AM BUT MY THOUGHT ARE WITH THEM TOO.

I am saddened by your loss but I rejoice with you in Heaven’s gain. Mrs. Wilkinson was a wonderful woman and a joy to have in our Sunday School Class.