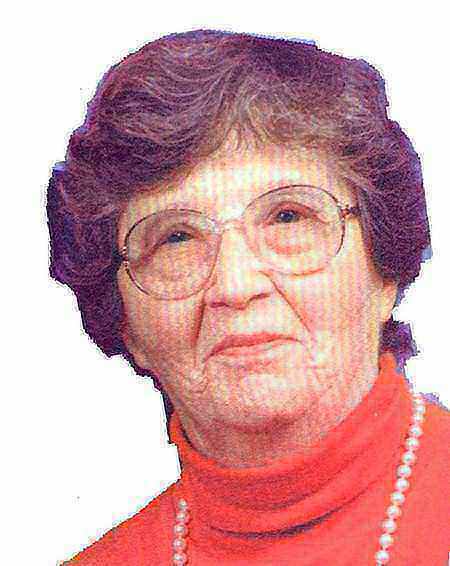 Betty J. Cox, 82, went to be with the Lord Tuesday, September 25, 2012, in Gates County, NC. Born in Norfolk, she was the daughter of the late George and Gatewood Bryan.

A Memorial Service will be held at 1 p.m. Saturday, September 29, 2012, at Azalea Baptist Church, 3314 E. Little Creek Rd in Norfolk with Rev. Brian Barnes officiating. In lieu of flowers memorial donations may be made to Azalea Baptist Church. Condolences may be offered to the family at altmeyer.com.

The family would like to express their sincere gratitude to the Albemarle Hospice Healthcare Professionals.

Dear Family: you are in my thoughts and prayers. She was such a dear lady; always saying nice things about folks; nothing negative. She was my friend. Blessings to all of you. With my love, Maxine

Dear Vicky, Darwin, and family, My thoughts and prayers to you all. May fond memories give you strength at this time of sorrow and keep her present in your hearts forever.

I will miss Betty, my cousin. We have shared our lives thru our letters. I will miss hearing from her, but am glad that she is with God.

On the loss of your beloved Betty I pray that you find comfort in knowing she is with the Lord. To know Betty was to love Betty, our world is smaller now without her in it. With sincere condolences, Sarah Slinger

Our thoughts and prayers go out to you and your family in your time of sorrow.

Richard and family – our sincere sympathy for the loss of your mother. We have fond memories of your mother and father at Park Place Baptist Church. Our prayers are with you all. God Bless You. Charles and Barbara Murff

You have my deepest condolences for your loss. My wife and I are and will continue to pray for you and your family to be given comfort and strength.