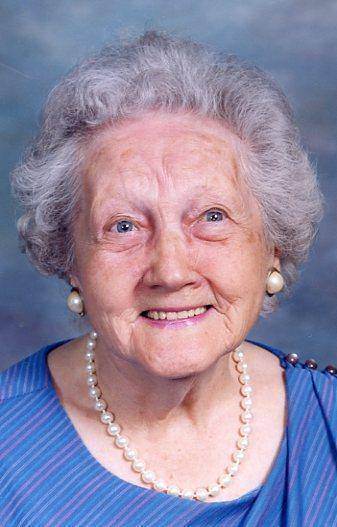 She was born in East Liverpool, OH on February 4, 1911 and was the daughter of the late George Fogle & Clara Eckles Fogle Manning.

Mrs. Reynolds retired as owner and operator of Ambrose Truck Stop in Stratton, OH. She graduated from East Liverpool High School in 1928 and was a member of Longs Run Presbyterian Church.

She is survived by two nephews, George Reynolds, Jr. of Lisbon, OH and Joseph E. Reynolds of Ft. Myers, FL; two nieces of Mary Jane Foulks of Chester, WV and Barbara A. Melvin of Calcutta, OH.

Besides her parents and husband, a brother, George Fogle, Jr. and her step-father, Roy Manning, preceded her in death.

Services will be held at the East Liverpool Chapel of the Martin MacLean Altmeyer Funeral Homes on Wednesday, August 12, 2009 at 2:00 PM with Rev. Stephen Cramer of the church officiating.

The family will be present to receive friends at the funeral home in East Liverpool on Wednesday one hour prior to the service at 2:00 PM

My mother Lula Durbin and I went to church with Bertha. I remember her as I was growing up back in the 50’s as a lady who always had kind words and a smile on the face. So sorry for your loss.