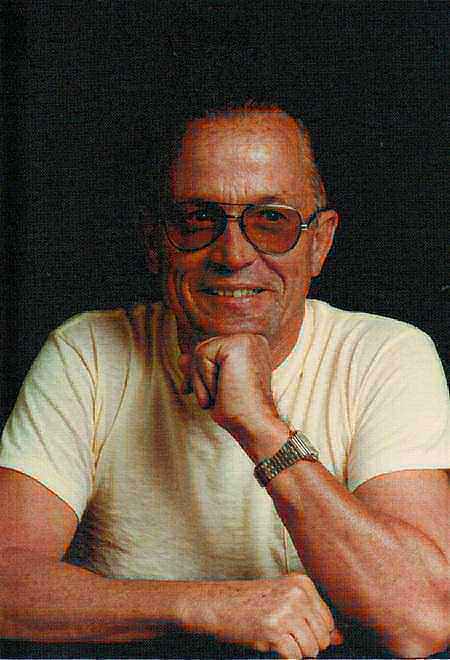 Virginia Beach – Barney Chambers, Sr., 73, died May 23, 2013. Mr. Chambers was born on August 31, 1939 in Uvalda, GA to the late Jessie Robert and Ella Horne Chambers. He was a veteran having served in the US Navy and the Reserves for 30 years. He also retired with 22 service years as a Federal Police Officer. Mr. Chambers was an avid gardener, farmer, and enjoyed supporting the Virginia Beach 4-H Livestock Club. He was a member of the Fraternal Order of Police, Virginia Farm Bureau, and Southern States Cooperative of Chesapeake. Mr. Chambers was predeceased by siblings, R. H. Chambers, Algie Sanders and William Chambers; and grandson, Landon Chambers.

The family will be celebrating Mr. Chambers’ life on Sunday, June 2 at 4:30pm at Altmeyer Funeral Home, 929 S. Battlefield Blvd, Chesapeake, with Rev. Dennis Harasty officiating. The family would like to express their gratitude for the outstanding care Mr. Chambers received from the nursing staff of Norfolk General’s Neuro ICU. In lieu of flowers, donations may be made to the, Memorial ACCT for the VB 4-H Livestock Club, c/o Wells Fargo, 1804 Princess Anne Road Virginia Beach, VA 23456. Family and friends are welcome to join the family following the service at the Chambers’ home. Condolences may be expressed to the family at altmeyer.com.

Barney ,you were a wonderful Brother,and I will miss you a lot

Barney was a member of the Fraternal Order of Police, Sewells Point Lodge # 28, He will surely be missed by all of his Brothers and Sisters of the lodge. Our condolences go out to the entire family, may he rest in peace

Barney, you were one of the Best Brother-in-Law and Friend anyone could ever wish for.you will sure be missed.

Family of Johnnie Chambers Foskey Thinking of each and everyone of you during this time of sorrow. We are sorry for your loss and pray for comfort for you.

I enjoyed working with Barney,He was a real gentleman. My thoughts and prayers are with the family.

I knew Barney when we worked together at Base Police and can still hear his laughter. He will be greatly missed.

I worked with Barney for over 20 years and he was a good friend and a good person. Barney will be misted. I hate to hear about his passing.

My deepest condolences to all. I had the wonderful opportunity of working with SGT Chambers while he served on the police force at Naval Station Norfolk. He was always eager to teach and protect his fellow officers. May you and your family hold on to the memories and may God Bless each of you during your time of bereavement.

R.I.P. old pal and a great friend, I enjoy with working with and I will not forget you

Sergeant Chambers NBPD 12 you’re the best, Field Training Officer, friend and mentor. I will miss you more than words can say. All the little tricks you played on me and other’s at Norfolk Naval Base that made us laugh at ourselves only you could pull that off, Thanks for all your guidance and your friendship.

Thanks for all the good times Uncle Barney. You will be missed.

To all of my loving family… I will always be there for what ever support you need. My love goes out to you hoping it reaches you in your time of mourning. I will greatly miss uncle Barney’s sense of humor!

To the family of Barney Chambers, he will be missed but not forgotten, a man of great character and a good sense of humor. I learn a lot from Sgt. Chambers on the police force @ NOB. A great teacher and friend.

Uncle Barney, I just remembered the call you made to me back on 7 May 2003. That was the most difficult phone call you probably ever had to make and you called me. I could tell in your voice you were hurting but something else I noticed in your voice was, you made sure the doctors in the emergency did everything and anything possible to keep your grandson Landon Webster Chambers alive. They tried but could not. I am sure you tried your hardest to stay here but could not. Miss ya young men.