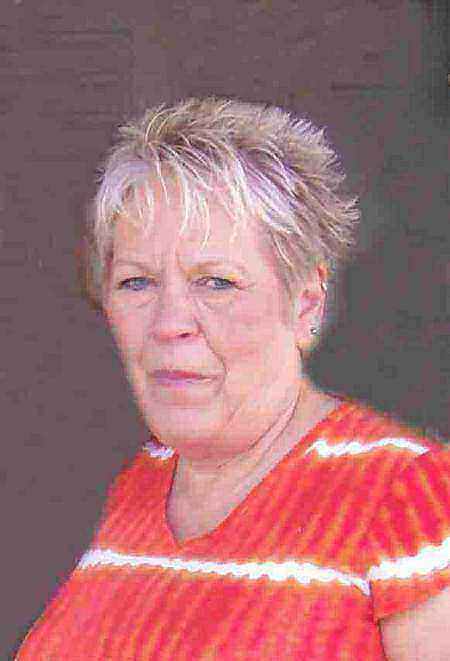 She was born June 12, 1947 in Bellaire, a daughter of the late Andrew and Frances Zemba Kazmirski.

In addition to her parents, Barbara was preceded in death by her husband, Larry A. Starkey in 2008.

Surviving are 2 children; Tim StarkeySharon Creamer of Bellaire, Tiffany Sommer and her husband Todd of Houston, TX, a sister, Marie Berher and her husband Bob of St. Clairsville, a brother, Andy Kazmirski and his wife Kathy of Shadyside, 6 grandchildren; Julia Starkey, Ty, Tanna and Tate Sommer, Devin and Cody Creamer, several nieces and nephews and Skitters the cat.

Friends will be received on Wednesday, Nov. 2 from 2-4 and 6-8pm at the Bauknecht Altmeyer Funeral Homes and Crematory, 441-37th St., Bellaire.

Funeral liturgy with Mass will be celebrated on Thursday at 10:00am in St. John Catholic Church with Father Dan Heusel as celebrant.

A vigil service will be held on Wednesday at 7:30pm in the funeral home.

Memorial contributions may be made to the Spirit of 76 Fire Department.

Online condolences may be extended to the family at altmeyer.com.

I worked with Barb for many years and am so sorry to hear this news. Knowing her, I’m sure you have many wonderful stories that will keep her memory alive for you and her grandchildren as you celebrate her life. Take Care.

I send my deepest and most heartfelt sympathy and prayers to Barb’s family.

Barb will always remain in my heart as a dear friend and colleague who I will miss very much.

I was saddened to hear of Barb’s passing. We saw a lot of each other in high school and had some good times together. We had a lot of fun in the band back in those days. Unfortunately, we haven’t met since my mother’s death in Bellaire, almost 20 years ago.

I’m so sorry for your loss. My daughter and her granddaughter Julia have cheered together for the past 4 or 5 years at Wheeling All-Stars. She was a very nice lady and a very special person in Julia’s life. My thoughts and prayers are with your family right now. We will miss her!

I’m so very sorry. Barb was just a great person. Praying for her whole family.

So sorry to hear of Barb’s passing. We worked together for so many years. I remember working with Barb when she first graduated from LPN school and we were working night shift at BCH. We really used to have some good times together.

She will definitely be missed but she and Larry are together again.

My thoughts and prayers are with you. I may not make it to the funeral home as I am using a walker and have difficulty walking and getting around. God Bless.

Tiffany & Tim…I was so sorry to hear about the loss of your Mom. She is a part of many of my memories from dancing at Burkhart’s to kicking along in the Red Line. My thoughts and prayers are with you during this most difficult time.

Tiffany and family: Sending you healing thoughts and prayers for the loss of your mom.

I am so sorry for your loss. Your mom was a genuinely good person. I always enjoyed hearing from my mom that she had asked about me and my family and shared how you all were doing as well. Our thoughts and prayers go out to you and your familes.

We are so, so sorry for everyone’s loss of a beautiful mother, grandmother, & all she contributed to this world. We did not know of her passing until Thursday evening…wish we could have been there for you…

I’m sure we’ll here Munga from above…Polka dancing in the sky! ILU girly!:

Tim and Family sorry for your loss.Your mom was a great person. may she r.i.p.

I am so sorry for the loss of your mom. She was a wonderful women and close friends with my father when he was alive. Thoughts and prayers are with your family right now.

Sorry for your loss. You are in our thoughts and prayers.

I am so very sorry to hear about your Mom. My prayers are with you and your families. It’s hard losing both parents. Take care and maybe we can all get together some day.

Tim, Marie and family. I am so very sorry about Barb. I worked with her for many years, and I know she will be sorely missed. I will be unable to come, but my thoughts and prayers are with her and her family. Ruth Gross

Tim,Julie, Sharon & family So sorry to hear of the passing of your mother. I know how hard it is to lose someone special. My prayers are with you.

I am so very sorry for your loss. You are in my thoughts and prayers. I’m so sorry that I did not attend the showing or funeral. I just found out last night and feel so terrible. Please know that I’m thinking of you and if there is anything I can do dont hesitate to call.

You never expect to read about the death of someone that you knew while growing up. Barbara and her family were neighbors of mine, making this a double shock.

My condolences and prayers go out to the surviving family members, hoping that they can be comforted during this time of loss. It’s been years since we last saw each other and I can only hope that we are able to move on knowing that Barbara and Larry are together again.