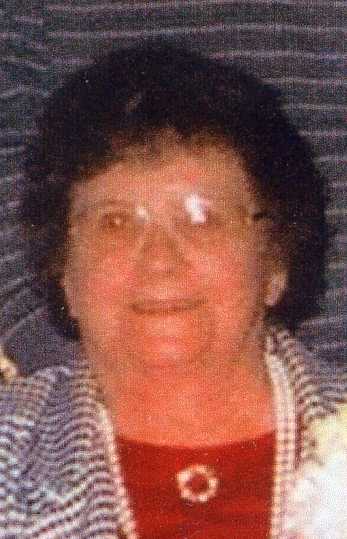 She was born in Norwich, England on July 21, 1924, a daughter of the late Frank E. and Mabel J. Nobbs Kerrison. Moving from England in June of 1946 to Wellsville, Mrs. Burdette was a wife, mother and grandmother. She enjoyed playing bingo, working crossword puzzles and loved to crochet and knit. She was a member of the Wellsville Central United Methodist Church

Services will be held at the Wellsville Chapel of the Martin MacLean Altmeyer Funeral Homes on Monday, December 17, 2007 at 11:00 AM with Rev. Robert Phillips of the church officiating.

The family will be present to receive friends at the funeral home in Wellsville on Sunday, December 16, 2007 from 2

Don, Rich & Jason – We are sorry for the loss of your mother and grand mother! You are in our thoughts and prayers during this difficult time. Love and prayers – The Latina’s – Frank, Geri and Kristin

I am so sorry for your loss.

I had no idea that Audrey was born in England! I wish that I had the opportunity to get to know her better. Dave and Patti Ann, you did an amaziing job caring for Audrey throughout her illness. God has a special place for caregivers.

May God bless you all during this time of rememberance.

So sorry to learn of the death of your mother. I hadn’t seen her for many years, but I remember her very well. Love and prayers to all of you.