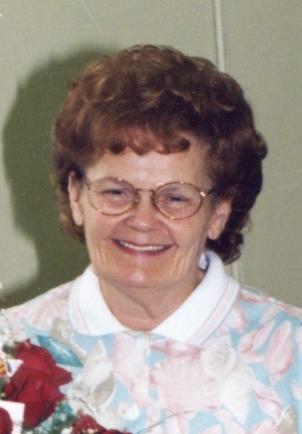 Artis Calhoun, 87, longtime area resident died on Thursday, August 22, 2013 at Stone Pear Pavilion in Chester, WV. She was born in Newell, WV on July 20, 1926 and was a daughter of the late Rollie and Ruth Enoch Brown.

Living her entire life in this area, she was a 1944 graduate of Chester High School, attended Park College in MO and Geneva College and was a member of the United Methodist Church in Lisbon. Before her retirement in 2000, Artis was the Life Styles Editor for The East Liverpool Review. Prior to working at The Review, she worked at Globe Brick, Patterson Industries, American Vitrified and was a Notary Public. In 1938 she was a member of the Christian Women’s Temperance League. Artis was a Past President of East Liverpool Beauceant, Assembly 71 and in 1986 she served on the Salvation Army Advisory Board. In 1990, Mrs. Calhoun was the first woman member of the East Liverpool Lions Club, going on to serve as President, receiving the Melvin Jones Fellowship and was a Guiding Lion for the West Point Club. A member of the New Century Club, she was on the Executive Board of United Way of Southern Columbiana County in 1992 and for many years she was active the East Liverpool City Hospital Auxiliary.

Besides her parents and husband, she is preceded in death by one brother: Rollie Brown, Jr. and one sister: Naomi Brown Koteski.

A Memorial Service is being planned at the Calcutta Chapel of the Martin MacLean Altmeyer Funeral Homes on Sunday, September 8, 2013 at 2:00 PM with Pastor Pam Gable of the Church officiating. Friends may visit with the family one hour prior to services and are invited to join with them for food and fellowship at the Martin MacLean Altmeyer Hospitality Center in East Liverpool following the service.

Dear Randy, just heard this morning at golf of the passing of your mom. My condolences and best wishes to you and your family during this difficult time. Talk to you soon Roc

My thoughts and prayers are with you at this difficult time.

Your family has been close friends with ours for many years. Artis and your dad were my parents’ close friends. We hope they’re back together – – maybe holding a shrine meeting! My brother, John; sister, Judy; and I extend our deepest sympathy. Jerry and Judy March 330-730-1161

I am dora and paul campbells son and I have many fond memories of paul and artis.They were both fine people and I will never forget the times we shared with my uncle bud and aunt betty bayless! may god bless and keep you always! Ron Campbell

Im so sorry for your loss! Your mom/grandma was an amazing and kind woman! I enjoyed speaking to her and for having the opertunity to of met her! Sending love and prayers to all! Peace be with you! Love Belinda

Mom and I want to extend our heartfelt sympathy to the family. We have cherished memories of Artis, and she will always be remembered with love. So sorry we won’t be able to attend the service, but our hearts are with the family today.

My condolences to the Calhoun family.

Artis was a dear lady.

My father, Orlando Presutti, worked for almost three decades with Paul. When Dad passed away a few years ago, Artis sent me a lovely card and letter. I keep it among my cherished possessions. She was a beautiful lady who touched the lives of many. My condolences to the Calhoun Family.

My love and thoughts go out to Terry, Randy, and Sharon and your families. Artis was a sweet and kind person and we have so many good memories of our families spending time together when we were younger. Sorry I can not attend the service, it is just too much after having my brother Jeff’s service yesterday. Peace and comfort to all of you.

My sympathy and prayers to the Calhoun family.

We are sorry we could not get back to EL for your mother’s services. We were hosting the Gerace family reunion in Huron.

Your mother was an amazing and formidable woman. I am sure you are as proud of her as she was of all of you. Both your parents were very special to the Capwell family.

The Best Grandmother anyone could ever ask for. I miss you so much, I feel an empty spot in my heart. I look at baby Artis every day and think of you, and how important you are to me and how proud I am that you are a part of our lifes. Words cannot express how I feel, I LOVE YOU Grandmaw!!!