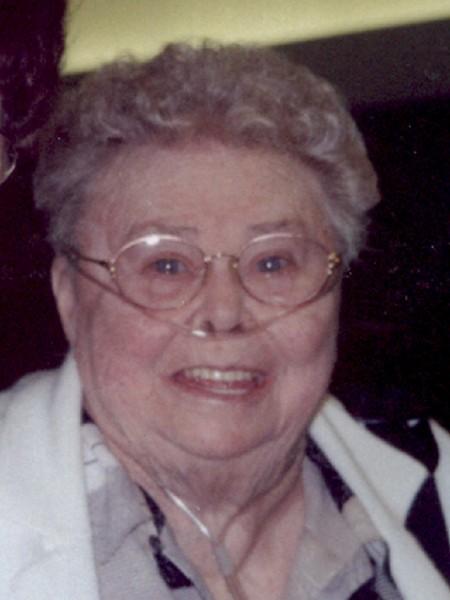 Immediately following the service at the church.

Immediately following the service at the church.

Virginia Beach – Ann Howard Boone, 89, passed away Monday, February 18, 2008, at her home. Born in NC, she was the daughter of the late Ocie and Margaret Howard. Ann was a retired waitress and a member of Virginia Beach Free Will Baptist Church.

A Funeral Service will be held at 11 a.m. Thursday, February 21, 2008, at Virginia Beach Free Will Baptist Church with Rev. Danny O’Neal officiating. The family will receive friends Wednesday from 7 to 9 p.m. at Altmeyer Funeral Home, 5792 Greenwich Rd. in Virginia Beach. Burial will follow in Woodlawn Memorial Gardens. Condolences may be offered to the family at altmeyer.com.

Ann was a great neighbor when we lived on Orange St, most importantly a dear friend.We had some wonderful times together.I know she is rejoicing with our Lord.

My thoughts and prayers are with you at this difficult time. May God bless you and keep you in his care.

Ms Ann was quite the character. I remember many conversations with her that made me laugh. I know she’s in heaven laughing with the saints. Our prayers are with you all.

My thoughts and prayers are with your family during this time of mourning for your mother. God Bless