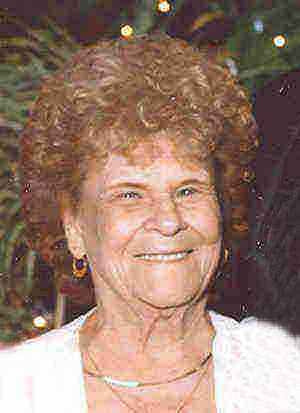 She was born December 26, 1923 in Export, Pennsylvania a daughter of the late Frank and Frances Klovanich.

Ann was clerk for the former Betty Gay Dress Shop in Wheeling, West Virginia and Bellaire, Ohio. She was a member of the St. Mary Catholic Church in Shadyside, Ohio.

In addition to her parents, Ann was preceded in death by one brother, John Klovanich.

Family and friends will be received at the Bauknecht-Altmeyer Funeral Homes & Crematory 3900 Central Avenue Shadyside, Ohio on Thursday from 2 to 4 and 7 to 9 pm. Funeral liturgy with Mass will be celebrated on Friday at 10 am at the St. Mary Catholic Church 350 East 40th Street Shadyside, Ohio with Msgr. Gene W. Mullett, the Celebrant. Interment in the Powhatan Cemetery at Powhatan Point, Ohio.

Vigil services will be held at the funeral home on Thursday at 2:15 pm.