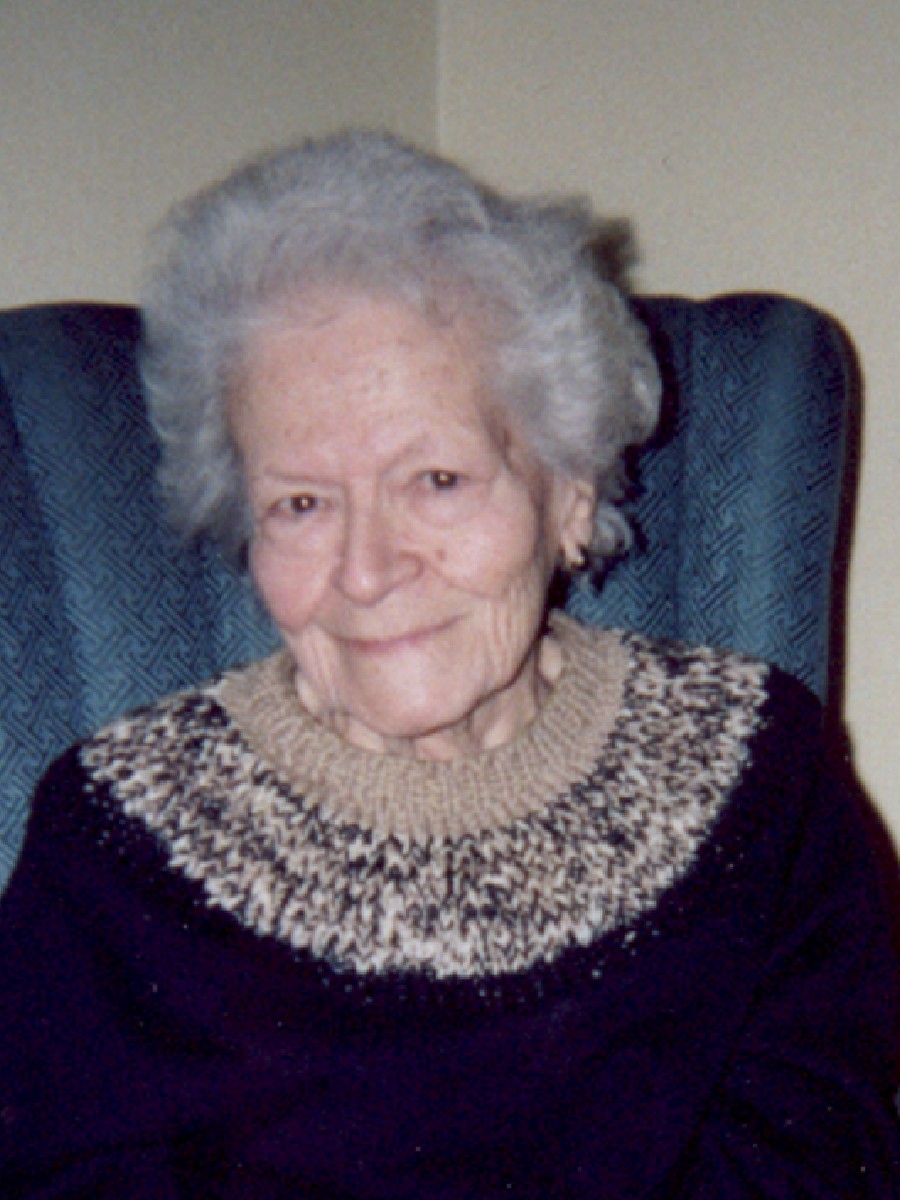 Born in Cleveland, Ohio on April 20, 1915, she was the eldest daughter of the late James Bakos and Katherine Mruk, Cleveland OH. She married her first husband, George Bobby then divorced and remarried/divorced her second husband, Dale Fleek, before retiring as a Machinist at Harris Calorific Co., then moved and resided in Norfolk, Virginia.

Ann was an exceptional, gifted, intelligent, independent daughter, mother, grandmother and friend to all she meet. Her humor, wit, passions touched many during her life’s journey. The family appreciates all of the love, support, and care from Doctors, hospital staff, friends and family.

No services are planned.

Granmother, lived life to the fullest. She celebrated life everyday through her family and friends. She was an example that life is good. As we live each day let us not forget to celebrate life each day as Granmother would have. Ponder this; The same wind that gave Grandmother life, gave life to each of us.

She was a dear friend to all of us. Considerate, fun loving, free spirited, outgoing and dependable, she will be sorely missed by a multitude of members.

She was a very close friend, and I loved her dearly. I look for the little red car, with the stick shift, to pull up at my front door at any time. She is my twin and I am her angel. Jean Yancey

To the family of Ann Bakos, especially the Gargano family. I recently read about the passing of Ms. Ann and I wanted to extend my deepest condolences. I will always have fond memories of her when she would wear the funny costumes for her water exercise class at the “Y” on holidays and those delicious crabcakes sandwiches that she made for the Christmas party. She was kind enough to give me her fabulous apple cake recipe,which I still make today.

Needless to say, I’m so glad to have known her. Thanks for the memories, Ms. Ann. God bless you all…. Marianne

We pray Ann is welcomed into the Kingdom and that the family will feel the comforting arms of the Savior.

Ann was our good customer for nut and poppy seed rolls. We always looked forward to seeing her at Easter time when she brought her luscious Easter food basket to be blessed at the Byzantine Catholic Church.

We will miss you. We thank God for allowing you to be in our lives.You will always be in our hearts.Rest in Peace.

You were a mother to me and I loved you unconditionally. I will meet you in Heavan someday.