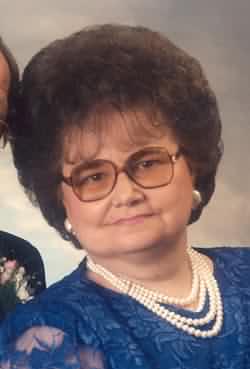 She was born June 22, 1930, in Moundsville, WV, a daughter of the late Martin and Agnes Regiec. She was co-owner of the Convenient Food Marts at Bethany Pike, Washington Avenue, and formerly 16th Street, Wheeling, and a member of St. Alphonsus Catholic Church.

The Marchlenski family would like to thank the many loving caregivers who were so accommodating and supportive.

Carol remembers all the good times, spending some summer days with you and Dick, helping in the store in front of your apartment and baby sitting for your daughters.

Joe and Marty remember all the great family Sunday dinners at grandmas on second street.

You were a lovely and gentle person and we are sure you are in heaven with our mom and other aunts.

Our sympathy to Uncle Dick, Tracy, Michelle and Mary Kay.

To Mechelle- I am sorry to hear about your Mom. Take care, & May God be with you all. Debbie