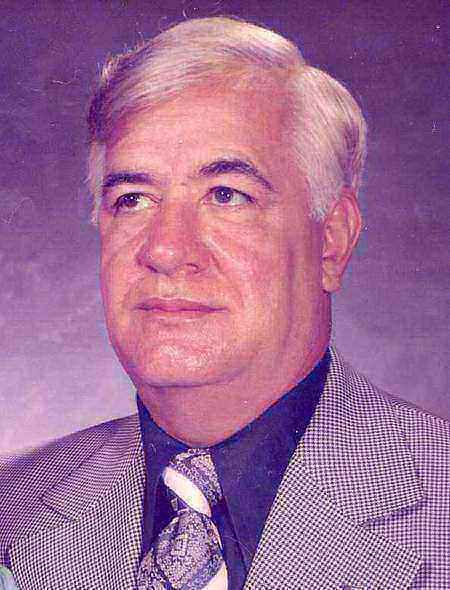 A native of East Liverpool, OH, he was born on September 27, 1921 and was the son of the late Andrew G. and Margaret Tollley Myers, Sr. Besides his parents, he was preceded in death by two sisters, Mrs. Jack Bea Triner and Mrs. Francis Marge Maley.

Mr. Myers was a carpenter by trade. He was a 1941 graduate of East Liverpool High School, a veteran of the US Navy, serving during World War II and attended the First United Methodist Church in East Liverpool. He was a lifetime member of the United Brotherhood of Carpenters and Joiners of America, Local 171, executive secretary of Steel Valley District Council for ten years and a member of Elks Lodge # 258. Mr. Myers
enjoyed all kinds of sports and belonged to local golf and bowling leagues, supported the high school athletic programs, was a member of the Blue & White Touchdown Club and the Rebound Club.

Burial will be in Riverview Cemetery at a later date.

Was so sorry to read of your loss.

Please know that I will be thinking of you.

With happy memories of our younger days…Jackie Hopper Craft

We are so sorry to hear about your loss. Our thoughts and prayers are with you and your family.

So sorry to hear of your loss of Andy.

My prayers and thoughts are with you and your family.

SO SORRY TO READ ABOUT ANDY,I SEND MY DEEPEST SYMPATHY TO YOU AND YOUR FAMILY. WE LOST JACK 16 MONTH’S AGO.