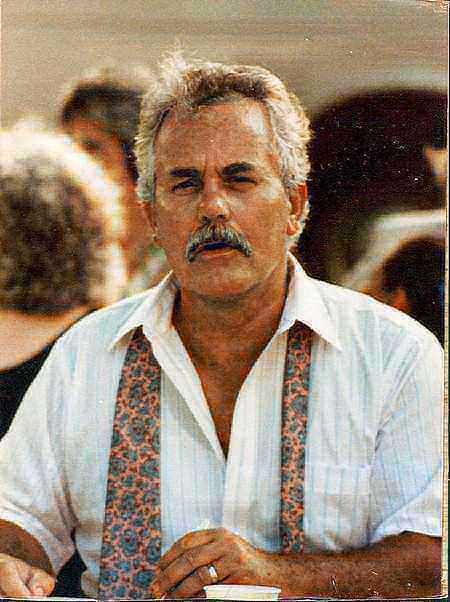 ONDECK, Andrew Francis Jr, 77, of Wheeling, WV passed away Wednesday, August 7, 2013 at his residence.
Andrew was born August 24, 1935 in Moundsville, WV, a son of the late Andrew and Faye Lewis Ondeck. He was a member of St. Joseph Cathedral Parish, volunteered for the Catholic Charities of Wheeling and was a U.S. Army Veteran.
In addition to his parents, Andrew was preceded in death by his wife, Mary E. Sleeth Ondeck and two sisters, Jean Huntsman and Betty Parsons.
Andrew is survived by four children, Andy Ondeck and his wife, Laura of Wheeling, Terri Morris of Wheeling, Michael Ondeck and his wife, P.J. of St. Clairsville, OH, and Rev. Douglas Ondeck of Immaculate Conception Catholic Church, Clarksburg, WV and six grandchildren, Ashley Morris and Jacob, Hannah, Megan, Zachary and Travis Ondeck.
A Memorial Mass will be celebrated at 10 am, Saturday, August 10, 2013 at St. Michael Catholic Church, with the Rev. Douglas Ondeck as celebrant. Interment will be private and held at the convenience of the family.
In Lieu of flowers memorial contributions can be made to Catholic Charities of Wheeling or to Valley Hospice, Liza’s Place, 10686 State Route 150 Rayland, OH 43943.
Arrangements handled by Altmeyer Funeral Home, Wheeling Chapel, 1400 Eoff Street, Wheeling.
Online condolences may be offered to the family at altmeyer.com

Andy and Laura, sorry for your loss. Our prayers are with you all at this time. Nic sends hello to Jacob.

Andy,Terri,Michael,Douglas & Families, I am so so very sorry for your loss, I Loved your Dad so much, He was a sweet,caring,loving Godly Man, He Will Be Missed so much..

I Love You All, You Are All In My Thoughts and Prayers.

Eternal rest grant unto them, O Lord, and let perpetual light shine upon them. May the souls of the faithful departed, through the mercy of God, rest in peace. Amen.

Our prayers go out for all the Ondeck Family.

father doug,we are so sorry about your fathers passing ,but may beautiful memories bring you strength at this difficult time.god bless you and your family.you are in our prayers.Jayne and larry

Father Doug: Don & I extend our heartfelt sympathy to you and your family. May God in His mercy give you strength and peace. Know that our love and prayers are with you.

We are sorry for your loss. You and your family are in our prayers.

May the grace of God carry you to enternal peace and bless the Ondeck family.

May the love of God surround you and your family during this difficult time May you come to know that the love of God is with you always, may your memories of Andrew Francis Ondeck give you peace, comfort and strength…

Mike & Family: We were very saddened to hear of your loss. If there is anything we can do, please feel free to call anytime. All of you will be in our thoughts during this rough time.

My deepest and heartfelt condolences to your entire family. Andy was a great guy and I will cherish the fact I got to know him.

Mike, you are like my own blood and my heart hurts for you. If you need anything at all please know I’m here for you. I’m sorry I can’t be there for you in the flesh but know I’m there in thought and spirit.

My love and prayers are with you all in this time of sorrow. I adored Uncle Andy as a child I have fond memories of playing at your house and the love and warmth of being around family. Uncle Andy always smiled and laughed at our silliness and was a all over Great Guy,,, I hope you find comfort in your own loving memories of your Dad . And I am sure Aunt Mary is waiting with open arms. God Bless

Our thoughts and prayers are with you all. May the good Lord surround you with his peace and comfort. Uncle Andy was a good man with a wonderful sense of humor. Love you all. Debbie

Sorry about your father. My thoughts and sympathy are with all of you and your children. I’m sure he enjoyed life and his time on this earth, and left knowing he made it a better place by the adults his children became.