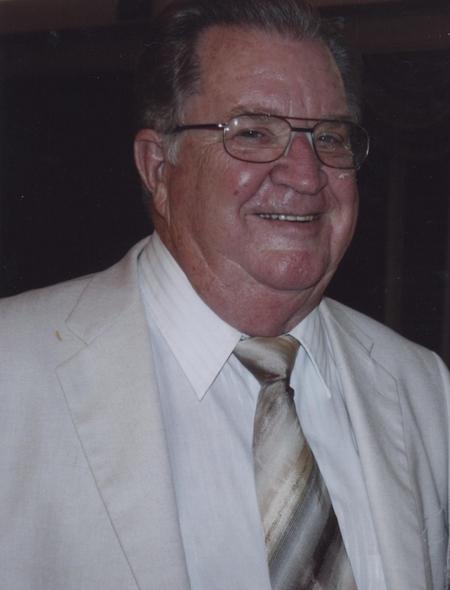 AMOS ARTHUR SPADY JR.
NEWPORT NEWS
Beloved husband, father, brother, granddaddy, friend and neighbor, Amos Spady Jr., passed away on Nov. 29, 2011.
Born Dec. 14, 1933, to Amos and Hattie Spady of Hampton, Va., he graduated from Hampton High School in 1952, then enrolled in Randolph Macon College. In 1953, he joined the U.S. Army and served two years in Korea. Upon coming home, he returned to Randolph Macon College, earning his degree in Physics in 1958.
Amos began his career with NACA/NASA, in 1957, where he would distinguish himself during the Gemini and Apollo Space Programs as an Aerospace Technologist, specializing in human factors. Over a career spanning 33 years, he published over 30 papers and reports that can be found in the Library of Congress, he chaired the design team for Langley’s Lunar Landing Research Facility and was one of the first test directors for that facility. Amos holds the co-patent for the anti-gravity simulator that helped the Apollo astronauts learn to walk on the moon. He was the assistant manager for Langley’s Wind Shear Program and also served on the staff for President Reagan’s Aircraft Crew Compliment Task Force.
Amos had a very distinguished and successful career but he would be the first to tell you that the most important part of his life happened on Jan. 13, 1962, when he married Sylvia Moser. Life was full for Amos and Sylvia with two beautiful children, lots of family activities and trips together. Later, with the children grown, they didn’t slow down – Amos led Sylvia as they danced, and danced….. dancing their way across the ballrooms of the country and on countless cruises. They are known as the “beautiful dancers” in California.
If there was a problem to be solved he would do all he could to help. With a heart as big as it could be, Amos was a friend to all he met. He will be greatly missed by those who knew him well and by those who met him in his many travels with his beloved wife and soul mate, Sylvia, with whom he just celebrated 50 years together.
He is survived by his wife, Sylvia Spady of Newport News; one son, Barry Spady and wife, Jill of Helena, Mont.; one daughter, Cheryl CJ Spady and husband, Matt Busse of Sausalito, Calif.; sister, Dorothy Robins of Henrico, N.C.; one grandson, Noah Spady of Helena, Mont.; and many local extended family members.
The family will receive friends from 1 to 2 p.m. Saturday, Dec. 3, 2011, at Altmeyer Funeral Home-Riverside Chapel, 7415 River Road, Newport News, with a service to follow at 2 p.m.
In lieu of flowers, donations may be made online to the Virginia Air and Space Center, in honor of Amos A. Spady Jr., or by mail to The Virginia Air and Space Center Opportunity Program, 600 Settlers Landing Road, Hampton, VA 23669.
Condolences may be made to the family at altmeyer.com

Avery and I would like to send you our sincere condolences on the passing of Amos. We are so sorry.

CJ, Matt & Family, We were so sorry to hear about your loss. We so enjoyed hearing your stories about your dad, CJ, and we know how much he meant to you. Love and prayers to you all.

I am so sorry to hear of your loss. May GOD be with your family during this time of need.

I loved Amos. He was so upbeat everyday. When he saw stupidity in the workplace Census Bureau 2009-2010 he just smiled and laughed. He was so refreshingly honest and lovable. I will miss his emails and witty comments. I enjoyed being a friend.

I was so sorry to hear about the passing of my cousin, Buddy. My thoughts & prayers are with you and your family during this difficult time. Love,

Sylvia & Family, We are shocked and saddened to hear about Amos’ deaths. Our thoughts and prayers are with you during this difficult time. With love and sympathy,

Our thoughts and prayers are with all of you. Amos was a special person whom we enjoyed knowing through the dances at Langley and a few other places. We also had occasional visits with him at the fitness center. He always had a nice smile and pleasant word to say.

Sylvia and family, Louise sent us the obituary last night. So, so, sorry to hear about Buddy. We always enjoyed hearing about ya’lls travel in the Christmas News Letter we received each year. He was a very special person/cousin. Know that we are praying for all of you. God has another Angel in heaven. We love you. Wesley & Sylvia

Sorry to read of your loss and will miss being able to have some NASA discussions with Amos. I glad to have known Amos and to have the memories of the dance parties and events that Amos and you and us dancers shared together. My thoughts and prayers go out to you.

We’re very sad to hear about Amos leaving us so soon. May he rest in peace. Condolences.

Our condolences in the loss of one so dear. He will be missed. May the Lord be with during this grieving process and help you to remember there is always someone to call upon in this time of sorrow.

I was very sorry to here about the loss of Amos, your husband and father. He will be greatly missed. God called him up way to soon. You will be in our prayers.