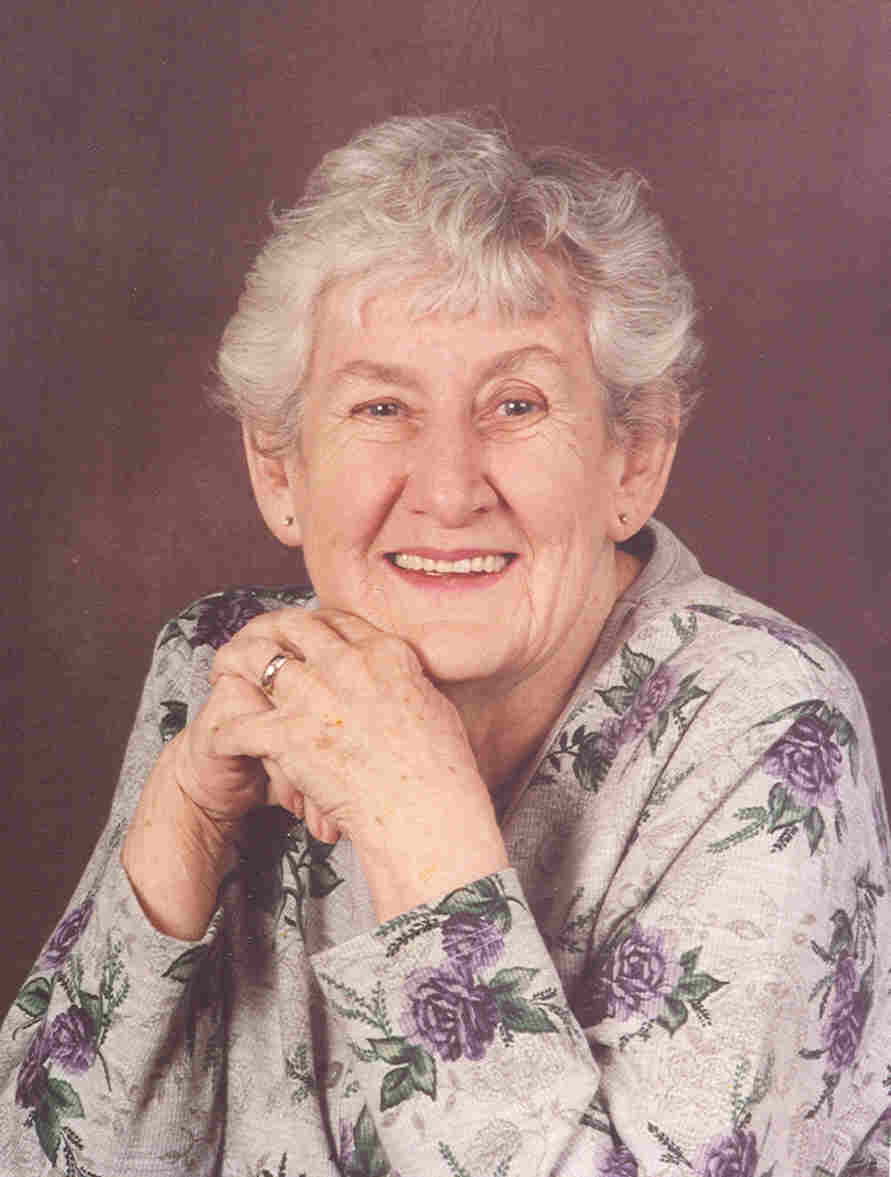 Emmy was born May 24, 1929 in Canton, Ohio, a daughter of the late Anthony and Bessie Coda Janos.

She was a member of St. John Catholic Church, Bellaire; CSA Lodge No. 310; and VFW Post No. 626 Auxiliary both of Bellaire.

In addition to her parents, she was preceded in death by her husband John T. Sonk; and three brothers, Jerry Janos, James Janos and Anthony Janos.

Funeral Liturgy with Mass will be celebrated at 9:30 am Wednesday in St. John Catholic Church, Bellaire, Ohio with Monsignor Gene W. Mullett as celebrant.

Memorial contributions may be made to St. John Catholic Church.

Sorry to hear about Emmy. The family is in our prayers.

I know your grandma was a wonderful lady from meeting her. My prayers, sympathy and love are with you and your family.

I am truly sorry for your loss. May you take comfort in knowing that she is now at peace with our Lord God and no longer in pain. It was an honor and privilege to have known her. I will never forget her, nor her beautiful smile!

With the deepest of Love and Sympathy for the whole family, as well as our thoughts and prayers.

I can’t possibly top what my daughter sent…..she’s good at finding poems to send in times of troubles. I know Bubba meant alot to me….and I thank her for teaching me how to make cabbage and noodles…my girls still eat them all up! Heather told me today that Bubba had went home to be with our Father in his home…..so she is at peace! She was quite a character…yet what a Mother is supposed to be. I know she will be missed….but remember she is always there watching ovr you.

I thought I saw your face today,

in the sparkle of the morning sun.

“Their work on earth is done.”

I thought I heard your voice today,

then laugh your hearty laugh.

“There’s peace dear one at last.”

I thought I felt your touch today,

in the breeze that rustled by.

I thought I saw my broken heart,

in the crescent of the moon.

“The Lord is coming soon.”

I thought that you had left me,

for the stars so far above.

“They left you with their love.”

I thought that I would miss you so,

and never find my way.

“They’re with you every day.”

“The sun, the wind, the moon, the stars,

will forever be around,

reminding you of the love you shared,

and the peace they’ve finally found.

Kathy, Mis & Jen…My thoughts and prayers are with you…Love, Heather

I’m Deeply sorry to hear about Bubba. She was a great woman, always wonderful to be around. She will be missed by many people. I picture her the same way as Becky does,as many others will also. Keeping you in my thoughts & prayers. Joshua, Rikki, Gabby & Zander

Janet and I send our condolances and regrets to Aunt Emmy’s family. She was a great Aunt to me and was one heck of a cook. I still remember all the Christmas holidays spent at her house, gourging myself on her food. She also looked after me like a mother and always let my mom know when I was up to no good. At the time I did not like it, but now I thank her and appreciate all she did for me. She will be greatly missed.

Just wanted to add a few more words, want to say what a real family Ms. Sonk had. Her daughter Cathy, and son in law, Bud, and two grandaughters, are to be complimented for taking care of her, their time and devotion is irreplacible. John Sonk and family, Your mother should be pround of you and Maria, two wonderful young grandsons, Maria, a great wife and mother, John, you have transformed from the shy youth I once knew to a man of scholarly intrique and a well honed demeanor, bravado for you.

John, Maria, Bud, and Cathy …Well done … Ms. Sonk is proud of you all. She Is Now Watching Over You All.

Deepest condolences on the loss of Emmy.

Our deepest condolences on Aunt Emmy’s passing. Growing up visiting my Great Aunts and Uncles for the holidays was one of my favorite times and favorite memories.

Sorry to hear about Bubba.She was a wonderful person to be around. I will always picture her sitting on the bench outside the goat barn at the Belmont county fair. Just wanted to let you know we were thinking of you all. Corey, Becky, Alyssa & Sierra

To Missy and Family, I’m sorry for your loss. Your Bubba was a sweet lady who always had a smile on her face. She will be missed by all who knew her.

We are so sorry to hear about Bubba. Now she is at peace. God be with you.