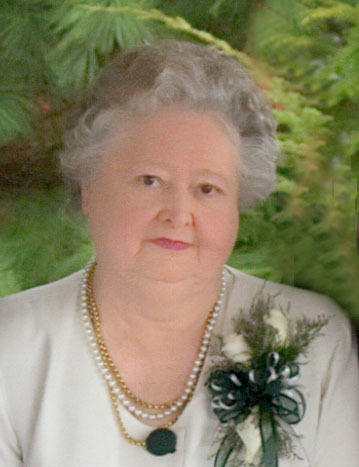 Alice R. Hanasky, 89 of Shadyside, Ohio went to be with her Lord on Sunday, September 22, 2013 surrounded by her family.

She was born March 18, 1924 in Woodsfield, Ohio a daughter of the late William and Estella Daugherty Newell.

Alice was a homemaker and a member of the St. Mary Catholic Church in Shadyside, Ohio and a graduate of Bellaire High School.

She enjoyed traveling with her family and friends, but her favorite joy was spending time with her children, grandchildren and great grandchildren. Alice was a survivor of the “Flood of Tears” on Wegee Creek on June 14, 1990.

In addition to her parents, she was preceded in death by her husband, Samuel Hanasky on January 19, 1985; two brothers, William and Charles Robert Newell and five sisters, Edna Weekley, Mary Strahl, Rosetta Arno, Virginia Klempa and Dorothy Scott.

Family and friends will be received at the Bauknecht-Altmeyer Funeral Homes & Crematory 3900 Central Avenue Shadyside, Ohio on Thursday from 2 to 8 pm. Funeral liturgy with Mass will be celebrated on Friday at 11 am at the St. Mary Catholic Catholic Church Shadyside, Ohio with Fr. Samuel R. Saprano, as Celebrant. Interment in the Powhatan Cemetery in Powhatan Point, Ohio.

Vigil services will be held on Thursday at 7:30 pm.

Share your thoughts and memories with Alice’s family at altmeyer.com.

While I did not know her, I feel confident your mother was wonderful, and her influences upon you and your family are reflected by your supportive attitude and caring, involved actions with others. Please know that my sincere sympathy is extended to you during this time of grief … which will surely be lessened by the countless good memories you undoubtedly will cherish as time passes.

SO sorry for you loss. Keeping you in prayers.

Garry and Hanansky Family – Condolences on the loss of your beloved mother. May God shower you with the special memories of your life with her. Peace –

Gary, I an so sorry to hear of your Mother’s passing. Our thoughts and prayers are with you during this most difficult time. Former Barnesville Enterprise co-worker,Connie Taylor.

May light perpetual shine upon the soul of your mother.

John, … We are sorry to hear of your mothers passing. Our thoughts & prayers are with you and family.

My deepest sympathy on the passing of your Mother. It was such a pleasure to spend so many family holiday dinners and family functions with this beautiful and kind lady. So often, when a loved one is ill, we become selfish by not wanting to let them go, but when pain and suffering take away their quality of life, praying for them to join God and rest in peace, gives us some comfort. The love and wonderful memories will help you through the difficult days ahead and family and friends will be there for those times. God Bless You Alice and may you Rest in Peace….

May God bless all of you at this difficult time. I did not know your Mother, but know all of you, and have many, many fond memories of growing up on Wegee Road. Your Mom and my Dad were two of the lucky ones to survive the Flood of Tears. So sorry for you loss.

My heart is breaking yet my thoughts are fresh and full of love for her family. She was an awesome Cancer Survivor with other battles she faught gracefully throughout her years. She was so lucky to have the close knit family God gave her to help her through; she was my idol. Rest now, Sweet Alice..till we meet again.

My sincere and deepest condolences to the family of Alice R. Hanasky. Denny Albaugh

My sincerest sympathy to all the family for your loss.