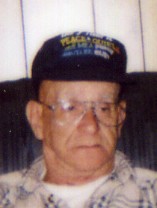 Dewey was born June 13, 1947 in Wheeling, a son of the late Alfred H. Schneider, Sr. and Myrtle Triplet Schneider.

He was a self-employed painter; a member of the Cave Club and I.O.L.A. Club, Wheeling; and was U.S. Army veteran, serving during the Vietnam War.

Friends will be received from 11 am until time of funeral service at 1 pm, Monday, February 25, 2008 at McCoy-Altmeyer Funeral Home, 44 15th Street, Wheeling, with the Rev. Jim Kelley officiating. Interment will be private and held at the convenience of the family.

We were absolutely shocked to hear of Deweys death. Our utmost condolences go out to the family