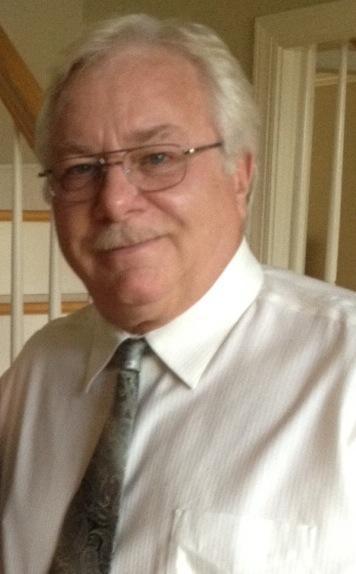 VIRGINIA BEACH- Albert McMannaway Bryant, Jr., 63, went to be with the Lord July 14, 2013. He is the son of the late Margaret and Albert Bryant, Sr. Besides his parents he is preceded in death by his sister Doris Moss. He was a loving and giving husband, father, grandfather and friend who will be dearly missed by all whose lives he touched.

A funeral service will be held Thursday at 11am at Altmeyer Funeral Home-Southside Chapel, 5792 Greenwich Road, Virginia Beach. The family will receive friends at the funeral home Wednesday from 6-8pm. Burial will be held at Woodlawn Memorial Gardens. Online condolences may be offered at altmeyer.com.

Dear Yana, and the Bryant family, our thoughts and prayers are with you in your loss. Al was a great friend to us and was always sharing his wisdom and wonderful kindness to everyone, we will miss him dearly. Yana , let us Know What we can help you with . We Love you. – Maria & Isaac Saler Family

Eric and Family,so sorry to hear of the sudden loss of your Father. You all are in my thoughts and prayers. Each of you now have a special angel watching over you. Memories will sustain you, tears will help with your grief.

I am sorry for your loss and my prayers are for you and your family. Remember that “the Lord is near to the brokenhearted…” Psalm 34:18.

I ask the Lord to send a comfort only He can give upon all hearts and minds of those who love Al.To stir our faith knowing we shall all meet again in the Kingdom of Heaven. A place with no more tears,no more pain.Asking the Lord to give a supernatural strength and endurance to make it through unitl then.May I hug a little tighter, speak with more love.Al will forever be in our hearts, thanking God for the gift of his life and for all his great hugs I got come from him all throughout the years while here on earth, knowing Al will be very busy hugging all are loved ones that are already in Heaven..see ya soon Al!

My deepest sorrow in the passing of this great man.

My heart is so heavy right now! Mr.B.was such a funny,thoughtful,kind,caring,loving person.I will miss him very much,my heart&prayers go out to the Bryant family,if u need anything I’m here!!!Love Ya!!!

My sincerest and most loving condolences to a family who has been such an incredible blessing through the years, to everyone who knows them… You have always given a constant outpouring of love, support, and care that cannot even be described or measured… So, it makes moments like this especially difficult and hard… Words that can’t begin to express the heartbreak that we feel for you during this difficult time of loss, as we witness you mourn and grieve Al’s passing…!!! Please know that we are here for you and will continually lift you before the throne of grace for God to comfort you in a way that only He can!!!…This is certainly a time in life’s journey that can test your spirit deeply, may you never stop believing that your faith, your inner strength, and the power of God’s love will carry you through…

He is with you every moment along with all the thoughts and prayers of everyone who cares about you!!! In sorrow we have many questions but remember in faith we have the answer!!! In deepest sympathy and with an overflowing love and gratitude for you!!! Your cousin Marilyn Damianidis and family ……………………….. We love you and will be here for you in any way that we can!!!

My thoughts and prayers are with the family as you deal with this sudden loss of a family member. I pray that you will find comfort in knowing that he is in heaven and in peace.

So sorry to hear of your loss. Our prayers are with you and your family.

To the Bryant family: You are like my family,I truly will miss Mr. B as he was known at Rainbow Preschool. Please hold on tight to memories for comfort, lean on your friends for strength, and always remember how much you are cared about.

Uncle Al a wonderful and loving man will surely be missed, all my prayers and love to each of my family in sorrow. He is surrounded in great company and pray that we will see each other again. May God bless everyone in this time of heart ache.. All our love Kristy, CJ, Shayla, and Brayden

We are saddened to hear of Al’s passing. Although we did not have the opportunity to get to know him well, we certainly remember him fondly. You were both so kind and generous to include us in your Thanksgiving holiday a couple of years ago and we so appreciate that you welcome and include our son, Jason and family, in your own family gatherings. Our hearts go out to your family but know you will find strength in your faith.

We are so sorry for the loss of Uncle Al. He was a special man who was kind, gentle, and loving. He will be missed so much. We love you all. Let us know if there is anything you need.

wish I could be there. all my love . May you rest in peace .

Yanna and family:Tommy& I are deeply saddened to hear Al passed away.I am so sorry for not being able to be there for you.I am taking radiation every day at 11:oo am at Va Oncology.You are in our thoughts and prayers.Love you,Decy..

Yanna, so sorry to hear of Al’s passing. Praying for comfort and peace for you and the family.